Home » Self Advocates » Toolkits, Resources and ‘How To’ » Resources » CALD Community 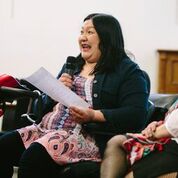 As a Chinese Australian woman with a disability I have some idea of how it feels to be segregated, ignored or constantly put in the too hard basket, but I have called Australia my home for 38 years so I speak and have Australianisms in my culture, still I consider myself CALD. So when we are speaking of people with disability from a Culturally and Linguistically Diverse Background (CALD) we are referring to and include those and their families who speak and use English as their second language or not at all. People who identify themselves and or their family’s nationality and culture as being from a non-English speaking country.

When you are a person with a disability from a CALD background there is a whole other layer of barriers with added complexities on top of the ones faced already by people with disability. 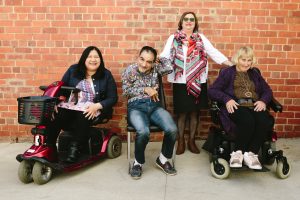 Speaking up for yourself and self advocacy are a foreign concept because of the western approaches adopted by groups and organisations.
People with a disability from a CALD background want the same opportunity to speak out, build capacity and have influence over their communities. 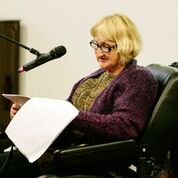 As you make your way through the information and videos of people with disability from different CALD backgrounds you get a sense that their community is your community and we need to respect and embrace cultural difference because all it takes is willingness to learn and listen with appropriate support. People with disability from a CALD background are the same, but different get to know the difference.

My Choice Matters in Other Languages